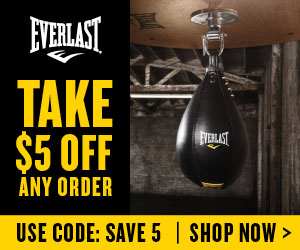 One of the most important punches in a boxer’s arsenal is the cross.  The cross is a power punch thrown with the rear hand.  That is, the cross is a right hand thrown from an orthodox stance or left hand thrown from a southpaw stance.  We define good cross in the following ways:  It leaves the boxer on balance; It leaves the boxer in a defensibly responsible position; It has enough power to end a fight.  This post explains how a boxer throws a good cross.  Specifically, it discusses three of the key elements of a good cross:  balance, position, and power.

Balance:  A good cross leaves the boxer on balance.  A boxer that is on balance has the ability to throw a follow up punch (i.e. hook or uppercut) or can make a defensive move (i.e. slip, block, or bob and weave). That said, good boxers always seek to gain an advantage over their opponent by maximizing their offensive and defensive options.  It should also be noted that a boxer that is on balance is less likely to be wobbled or floored (!) by a counter.  If you’ve been to Boxing at the Depot, you know that our gym emphasizes fighters having good balance.

Position:  A good cross leaves the boxer in position.  A boxer that is in position has the ability to throw a follow up punch in range.  A follow up punch that is thrown out of position and out of range hits the air — simply put, this punch is a poor use of a boxer’s limited energy.  Moreover, a boxer in position has the ability to create effective angles (i.e. pivot, step in, or step out).  An effective angle is one that leads to an advantage in offense or defense.

Power:  A good cross has power.  A boxer can generate power with the legs, by rotating the upper torso, or through the shoulder and arm.  The best power punches are those that do all three!  This means that the power of the cross starts in the legs, continues through rotation of the torso, and culminates with the arm.  That’s a lot harder than it sounds.  How our body moves different limbs in space (the relationship between kinesthesia, proprioception, and vestibular inputs) is the subject of a great deal of research and there are many frameworks that attempt to explain how our body learns such movements so that they become automatic.  Lucky for you, the trainers at Boxing at the Depot know many instructional strategies that will develop power in your cross.  And we can explain different ways of developing power such as improving technique, fitness, and explosiveness.

The cross is one of the fundamental punches in boxing and perhaps the most important power punch in the sport.  There are more aspects of the cross not discussed here — self-efficacy (the belief in oneself that one can execute the movement correctly; an important topic worthy of a blog post in itself!), range, readiness (knowing when to punch), etc.

1 comment on “Coach Joe’s Boxing Technique: How to Throw a Cross”Add yours →